Who wants an early present this Holiday season? Well, that would be the first installment (1 of 4) of fiction in the NeoExodus Setting from Louis Porter, Jr.: GRIT FOR HIRE 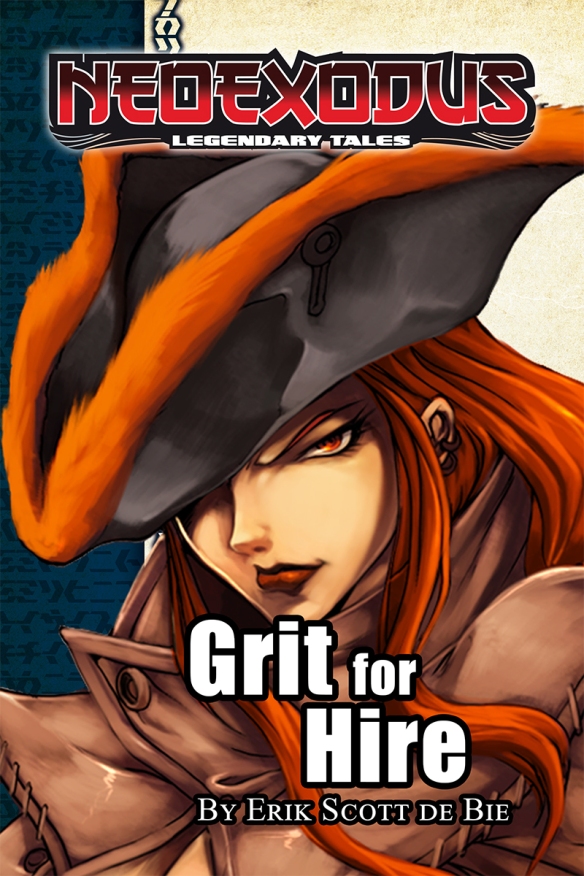 Freja Ilyanovka is a tough-as-nails gunslinger with red eyes and lightning reflexes. She should have known better than to take the job, but the pay seemed good, and coin is always tight for an adventurer. Besides, she hasn’t yet found a peril yet she can’t shoot her way out of.

As you might expect, she quickly gets in over her head. 🙂

(Note the sandy complexion and red eyes. As the story makes clear, I think, Freja is not what we in our world would call a “white” person–if she ever looks that way, it is due to lighting.)

Here’s some more Freja for your viewing pleasure: 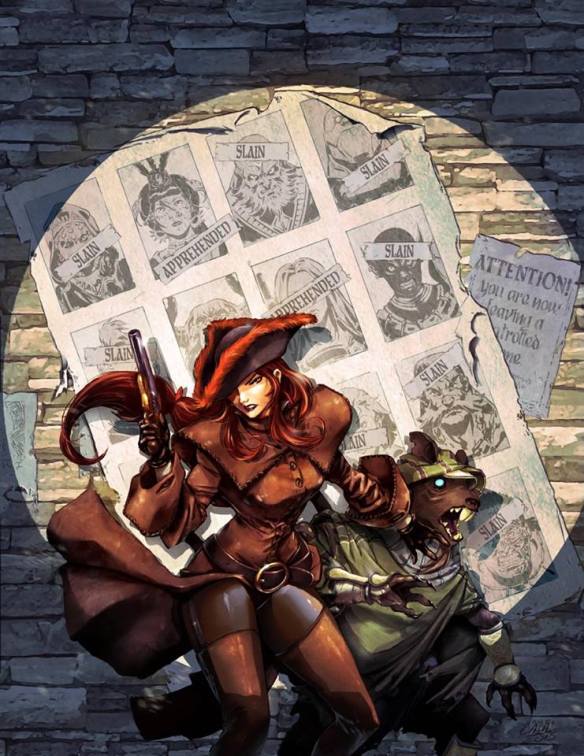 The first scene of “Grit for Hire” is a commentary on Freja’s iconic character art from the NeoExodus core rulebook (see below). Her “photographer” Milka purposefully unbuttons her jerkin in the middle so as to be as provocative as possible. Freja even gets the pose down, as the image is taken while she’s in mid-leap. Hence the reason people think of that seemingly impossible image when her name comes up. (Plus, you can catch a glimpse of ANOTHER iconic NeoExodus character who may show up later in the story!) 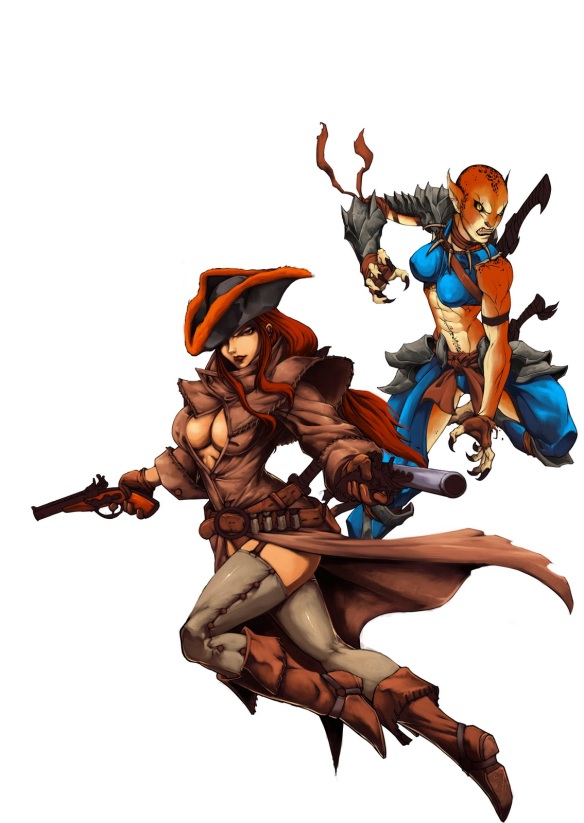 Quoth Freja herself: “No self-respecting gunslinger would ever dress like this on the job.”