They’re like any NPC, but better–because the DM likes ’em more.

Before I say this, remember that D&D is a lot of things to a lot of people, and so my opinions won’t necessarily be yours. And that’s ok. It’s a flexible game with lots of potential, and you can make it your way. It’s fine.

“PC” stands for player character. These characters are controlled by the players (usually each player controls one PC) and are, typically, the most developed and sophisticated characters in the game. They have ability scores, attack and defense mechanics, spells, skills, and feats.

They have the most screen time and are rightly considered the main characters of most (if not necessarily all) campaigns.

They usually have backstories and often very detailed physical descriptions. Odds are the player or maybe the DM has looked online for a picture that matches their conception of the PC, or maybe even commissioned a pic of the character.

The game is typically understood to be an ensemble story about these characters.

They are the main characters of the game.

“NPCs,” on the other hand, are non-player characters. These are essentially every other character in the game and are typically controlled by the DM (Dungeon Master).

Depending on their significance to the plot, one NPC might be really developed, while another might be just a name and a couple personality traits that sells the PCs a new sword or some potions.

Villains are NPCs, some minor, some major.

Regardless, NPCs aren’t usually supposed to be the focus of the story in a typical D&D game.

(Note: you COULD play a subjected sort of game where the PCs are all support characters to a NPC that is the “hero” the main story, but even then, odds are most of the game will still be about them.)

So what’s a DMPC?

As commonly understood, a DMPC is a NPC (controlled by the DM) who is elevated above the level of most NPCs both in their mechanical maturity (often they’re about as articulated as the PCs, perhaps having a full character sheet) and their relevance to the plot. They may be there to help the characters directly, fill out the ranks in combat, or maybe they just hang around.

This character is essentially the character the DM would be playing, were they a player. In a very real sense, they ARE playing this character, in addition to DMing.

DMPCs are frequently considered quite negatively, and many players will not play in a campaign that had them.

Some players get REALLY pissed about DMPCs being included in the game, and even if they tolerate them, there are usually a lot of jabs and jokes about these characters. But why?

What’s Wrong with a DMPC?

DMPCs get a bad rap for a number of questionable DMing behaviors, and it’s not entirely unwarranted.

We’ve all been at a table where a NPC swoops in and does something super important before the PCs get the chance. Or a NPC who is part of the party but somehow always has the spell they need or never actually fails at an attack or skill check or something. Or a NPC seems to be invincible, constantly surviving for story reasons. 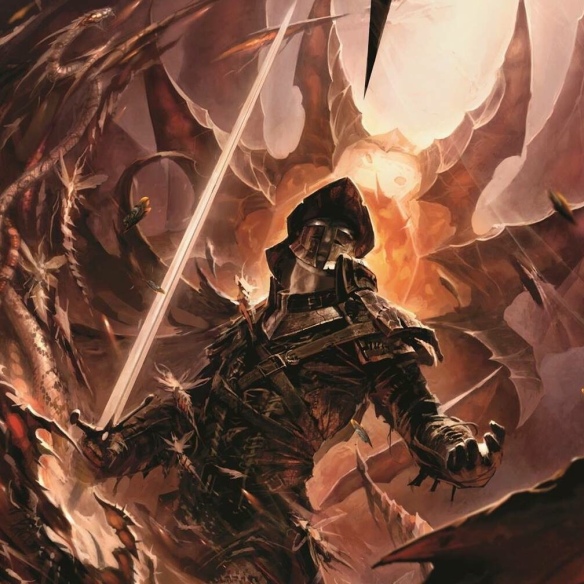 (Don’t worry, guys—I’m not from the DM’s novel or anything! I’m sure I can be hurt just as easily as you! Art by Raymond Swanland)

Maybe a DMPC gets a full share of treasure and XP, which can make the PCs feel short-changed on their own accomplishments.

DMPCs can bog down combat, especially if they have the same level of complexity to their abilities that the PCs have. They have a specific initiative marker and attack numbers, armor class, and sometimes even spells and other abilities that require you to look in the book.

If the DM has to adjudicate all their abilities, that further divides their attention, as though there were another player at the table, eating up an entire turn.

Sometimes the DMPC will be the driving force of the game. And I don’t just mean when the DMPC talks to NPCs, and it becomes a one-man show. They come up with the idea to get into the palace, they talk the party past the guards, they sing the key song at the ball, and then they are the one that finally challenges the big bad evil guy (BBEG) to a duel. The PCs essentially become spectators in the game.

It’s easy to interpret this NPC as getting extra favoritism from the DM, as if they want to make their own character awesome at the expense of the other PCs.

These are obviously bad behaviors on the part of the DM.

What’s the Proper Way to Use a DMPC?

Generally, the PCs should be the focus of the campaign, not any NPC, and that includes the DMPC. They should serve the same purpose as any NPC: to support the story of the overall campaign, whilst not getting in the way.

What’s important to remember is that they should NOT bog things down. Use Narrative Combat techniques: Don’t roll for all a DMPC’s attacks or checks–just narrate the effects. Have your DMPC fight more enemies in the corner or the room or go off into a tunnel to cover the retreat–only roll for their actions if a PC’s immediate status depends on it. Otherwise have them recede into the background while the PCs battle the real threat or conquer the real challenges.

Also? Have the DMPCs fail from time to time. No one ever succeeds at everything they do, and a NPC who never blows a check will just irritate the players and break the immersion.

There are several key purposes DMPCs can and should serve, if you’re gonna use them, which I’ll illustrate with the aid of some examples from games past.

Sometimes the players build their characters and no one wants to run the cleric or the rogue or some other important archetype the campaign requires. In this case, sometimes the DM needs to run a regular, generally mechanically straight forward companion character who will be with them basically all the time.

For instance, I ran a witch/pirate sort of DMPC in a Seventh Sea campaign whose role was to be the “face” of the party, since no one else was a talking/charisma sort of character. What she would do was go distract guards or hosts or whoever while the rest of the group sneaked in and did their stealthy-stealthy, stabby-stabby thing. And it worked fine.

2. The DM needs an organic voice:

If your group has a lot of discussions and scheming, and/or your campaign is very RP heavy, you as the DM may want a means to participate in the deep party mechanic in an organic way, rather than the voice of the omniscient narrator.

You’re playing the game too, after all, and you can really enrich the experience by being involved directly through a DMPC.

Care must be taken here to avoid violating player agency here. You can steer them or toss out hooks they might be forgetting (your DMPC reminds them about the shrine they saw in the way into town, for instance), but you can’t and shouldn’t make decisions for them. DMPCs should always be secondary to player decisions and even if they really disagree with the decision, they should drop the subject and move on. The last thing anyone wants is a nagging NPC reminding the PCs of their mistakes, as the NPC sees it.

Some campaigns are structured in such a way as to have multiple players taking turns as the DM, in which case each DM usually has a designated character they play when it’s their turn to be a player.

My first log running D&D game saw the advent of Whisper, an elven thief (2e) who I would pick up and run when one of my fellow gamers wanted to DM for a while. She was kind of an outsider and occasional backstabber to the group, but her role and presence were very good for the team, I think.

Sometimes you have guests who sit in at the table for a session or two, and it can make sense not to have them build their own character (who you then have to incorporate into your game) but rather to play this DMPC that the group has been adventuring alongside for years. That’s instant team-building there, and it can give a new player a chance to see a team at work in the game without a clunky integration process for their first game.

Generally speaking, if that player is gonna join the campaign for the long term, it’s best that they build their own character at some point, but sometimes new players love a NPC so much they keep playing that character, and that’s fine.

Some games require extremely deep characters who go along with the PCs and need to be very significant to the plot. For instance, in my Persona tabletop campaign (based on the Shin Megami Tensei spinoff games of the same name), the whole concept is a growing group of characters whose number often exceeds that of a D&D party–no way am I gonna have 20 players in the game, but I need that many deep characters, some of whom will be adventuring alongside the PCs.

A key here is that I will only have one or two DMPCs actively participating in combat alongside the PCs. Too many and it’ll get bogged down. (See what I said about narrative combat above.)

In my current 5e Realms campaign, I have introduced a character called Red Rosalyne, who is the half-sister of one of the PCs (himself the half-brother–other half–of one of the other PCs), who is a half elf bard/paladin. She has important healing skills, provides a useful perspective in party conversations as a DM insert (I can inject good humor and suggest considerations), and she enriches the story for multiple PCs. Her noble background provides useful ins to certain noble NPCs, and her religion (devout Sune worshiper) leads to all sorts of compelling discussions with the other PCs, one of whom (her brother) is kind of not religious but obviously blessed with near divine charisma and another who is kind of a reincarnated goddess (it’s complicated). 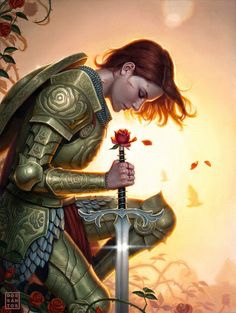 I like having her in the game, and she provides an important support and voice without distracting from the business at hand. She never takes center stage, and she’s only there to deepen the PCs’ story. She’s also a NPC that a guest player could jump into without much trouble.