I had originally planned to write a single review post for each episode of the Witcher TV show, but two things happened:

1) A lot of these episodes spark the same sort of reaction (i.e. more of the “who is the monster, who the human?” theme.

2) I really enjoyed it, so I just watched it.

Also, since chronologically this show is so wonky, here’s a link that might help clarify: https://www.vulture.com/2019/12/the-witcher-timeline-in-order-chronology-explained.html

Life is hard when you’re in a grimdark fantasy world.

Toss a Coin to Your Witcher

Much like the anthologies upon which the first season of the show is based, Sword of Destiny and The Last Wish, the show’s plot is a timeline-agnostic look at Geralt’s life. Some of this is intentional, as Geralt is such a long-lived individual (though Yen is older), and the older you get, the more time flows together. What we’re seeing are the highlights of his “glamorous” monster-hunting career, though they are, indeed some highlights.

Seriously, I did not expect to get this much world building in terms of the monsters and political figures and such. I imagine it’s a bit hard to follow for folks unfamiliar with the books and games, and I’m sorry for that. The books and games are *also* complex–they’re more like an invitation to learn about the world of the Witcher than a guide to that world, and honestly, you might want to read the Wikipedia about it to get some more context. The show, as a lot of fantasy/scifi shows are, is mostly intended as a way to get you emotionally invested–to go “wow, this is cool!’–and thus engage with it as much as you want to. It’s not going to give you an instruction course in the world, just a glimpse of that world, which you can explore as you choose.

Was this the best approach? Should they have attempted a more comprehensive exploration/guide? Maybe, but I suspect that would have bogged it down in a lot of exposition that wasted a LOT of time. It’s all about balance, and I think this series is a little closer to the “figure it out” end of the scale than the “welcome to the wonderful world of XX” end. Did it throw you enough bones to hook you? I suspect everyone will have a different answer.

I don’t always hunt monsters, but when I do, it’s clothing-optional.

Steel for Men, Silver for Monsters

As I said in the first review I did about this series, one of the major themes of the Witcher is whether the “monsters” he encounters are any more monstrous than the humans he encounters, and vice versa. The world Geralt occupies is populated with fairy tale creatures and magic, and fairy tales are frequently seen as black and white morality plays with clearly defined “people” and “monsters.” Not so the Witcher, where not only does our main character live in both worlds (human and monster) but so do his supporting characters (except for Dandelion/Jaskier, who is the most human character in this story). It is a world of greys and moral ambiguity, where the “monsters” are often the most moral and relatable characters, and the humans seem like the monsters.

The story of the knight and the hirikka (a creature from the books, albeit a bit different on the page) is a minor but direct nod to this theme, where “noble” Sir Eyck of Denesle (bit of a prick, honestly) “nobly” kills this starving “monster” that they could have just fed and it would have gone away, and the most we get out of him is a rehearsed “for glory!” line. Yeah, who’s the monster here, you big doofus? (Also, he passes up a chance to canoodle with Yennefer? Clearly there’s something wrong with him.[1])

And of course, the reveal in episode 6 is DIRECTLY ON THE NOSE of this theme. This was one of my favorite stories in the anthologies, both because of what happens and because it’s about Geralt and Yennefer, and I’m pleased with how it manifests in the show.

[1] Yes, yes, I know, it’s a toxic expectation of men to be always DTF–my joke here is not intended to be taken seriously. Eyck is a weirdo for a lot of reasons. The thing about refusing Yennefer’s advances (in a very condescending, patronizing way, btw) is explicitly showing how bound up in toxic masculine attitudes Eyck is. I’m just pointing out he’s a toxic dick.

Yen: You came on this job just to spend time with me, didn’t you? Geralt: …… fuck

(Caveat: The relationship between Geralt and Yennefer is one of my favorite aspects of the overall Witcher story–I am here for the rancor–so please forgive me for dwelling on this a bit.)

The destiny binding Geralt did with regard to Yennefer deserves some discussion here, as is their volatile relationship. When I initially read that story in the books, I thought it was generally “ok, I guess this is a thing that happened,” but it wasn’t until I saw Yennefer react to it in the show that I came around to her perspective on it. He basically forced himself on her against her will–his presence, that is–and that has some troubling implications as regards consent and the establishment of a relationship between them. Particularly with Yennefer’s emphasis on self-actualization through freedom of choice.

(The way she fights to save that baby in episode 4, then the emotional outpouring–the hate and bitterness and sadness–wow. Ok. If she wasn’t already best girl, she definitely is now.)

Now, let’s be clear: Geralt did not wish for Yennefer to *love* him. He didn’t enchant her or compromise her choice in that regard. His wish is never *exactly* spelled out, but the best summary we get comes from Borch (what a badass, honestly): that he wished for their destinies to be tied together. It’s a bit unclear why that “saved her life” and such, but I speculate that the Djinn couldn’t just kill Geralt, so it couldn’t kill Yennefer either, so it left. Was it the best solution? Nah, definitely not, but Geralt was in a situation where he had to think quickly and under duress, so he went with his heart, as damaged as it is by his mutations. And I choose to believe that he sincerely had deep feelings for Yennefer, which is saying something, considering his low emotional affect.

And so begins one of the strangest, most fraught, and volatile relationships in fantasy fiction: Geralt and Yennefer essentially get married blind in their first encounter, and they only afterward build affection, trust, and romance. And like you’d expect of an essentially forced marriage, it’s difficult and awkward, prone to fits and starts and messy break-ups. Geralt and Yennefer dump each other many times over the course of their lives, as well they should, but they always seem to find their way back to each other, the way they do in episode 6, for example.

And I’m not saying it’s good or bad. I’m just assessing it as a major plot element, one that introduces a huge amount of narrative tension in the story. (Personally, I feel binding someone to you without so much as consulting them, and indirectly against their wishes, is a profoundly immoral thing to do. It was a bad choice Geralt made, but I think ultimately a lot of useful, intriguing story came out of it. You are, of course, free to make your own judgments or not.)

Whether the bond between them is real or not is a major theme of the books and the games, and is explored in some depth. Toward the end of the Witcher 3, there’s even a side quest where Geralt directly confronts this question: he and Yen catch up with the same Djinn (or possibly a different Djinn, I could be misremembering) and wish to break the bond of destiny between them, thereafter to see if the bond between them was “real” or was just inspired by magic.

And what’s the verdict? Well, it depends–the games give the player agency in this regard, and whether Geralt and Yennefer stay together depends on your actions regarding her throughout the game and what Geralt says to her at this point, essentially whether he loves her or not. It feels sort of organic, where her feelings aren’t strictly based on button prompts but more your actions, which you don’t always know are relevant, but still basically you the player decide whether they really do love each other or it was all just magic. (And I know a lot of you sneaky dastardly broke Yen’s heart and went with that red-headed home wrecker, Triss, don’t even play. #teamYen)

For me, I went into the Witcher 3 fully intending to go with Yennefer, and every encounter I had with her just reinforced that perspective (like I said, I have a type). But I never felt like it was really *right* until I helped her break the Djinn’s magic, finally freeing both Yennefer and Geralt from their bound destiny. Only then, when she was free to choose, could they truly be together or part, and they *chose* to be together. And that made their relationship deeper and more real.

(For specific values of “real” and “choice” as regards characters in a book and a video game, of course, but YMMV.)

If the show will ever do something like this, well, I guess we’ll see, but in the books, Geralt and Yennefer remain bound together by destiny up until the end, so we never really find out.

Don’t mind me, I’m just wandering through the woods, like I have basically this whole time.

What about the Child of Destiny?

Ciri is getting some short-shrift in this show, but that’s fairly true to the books, too. She’s barely in the anthologies–she only really shows up at the very end of The Last Wish, which I suspect will happen at the end of season 1. But then she’s a BIG DEAL in the actual novels, where she plays double-duty as the overall McGuffin (seriously, everyone is trying to find Ciri basically the entire time) and the main character/narrator. Yes, these books are called “The Witcher”, but it’s like Sapkowski got to this point and decided Ciri was his favorite character, a bit like Martin deciding Tyrion and Dany were his favorite characters.

Amusingly enough, the anthologies are where you get the most Witcher action. It seems like the rest of the books are a LOT of sorceresses plotting things, Ciri doing stuff and/or suffering, and Geralt either injured or traveling overland and being worried about running into a company of soldiers.

(She literally narrates most of one of the books to some old guy in a swamp. No lie.)

Also? Ciri is a badass. At some point in the books proper, she has a degree of Witcher and magical training, though her magic basically progresses as the speed of plot–it does what it has to do when Sapkowski needs it to do something. The show has basically followed suit. Not that there’s anything wrong with that, necessarily–this is a fantasy story–you should just be aware. 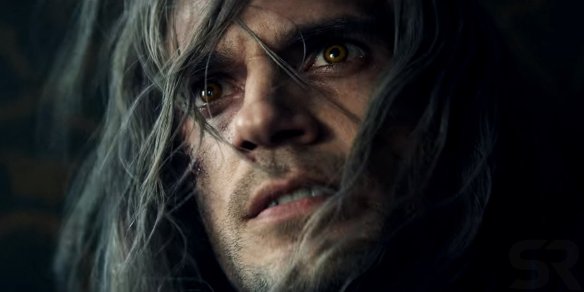 Strap in, episodes 7 & 8 are the Battle of Sodden, and it’s gonna be a doozy.