Crumbling stone shifted under Avashta’s foot, and she winced at the faint but undeniable sound it made. She wasn’t supposed to be here, in this place where the elders forbade entry to all but the most devout of priests. She should be out with the other hunters, gathering food for the clan, and she would. She was a princess of the Shadowed Moon, after all, and she knew her responsibilities. One day, when she reached the age of majority, she would become queen, assuming she came into her power as her mother had promised she would.

They had passed the ancient ruin thrice in as many weeks, and each time, her need to explore it had grown. It was as though she heard the ruin speaking to her, its voice inaudible but growing stronger, and each time the calling grew stronger.

Something groaned in the darkness below her, down the ivy-wrapped steps of the stone staircase. A chill suffused her, but somehow she knew she would not need her bow and quiver. Creatures lurked in the caves, but she felt as safe as she would in her own home.

At the base of the steps, Avashta’s elf eyes made out a round chamber filled with darkness and fungus. It looked as though no one had entered the chamber for years. At its center stood some sort of altar of green stone that glimmered faintly in the faint rays of moonlight that filtered through the cracked ceiling. The coldness radiated from the altar, or perhaps it drank in the ambient heart of the room. She could feel it flowing out of her body.

She shouldn’t have come here. This was wrong. Whatever had lured her down to this place was not what she expected. She had been a fool.

Even as she thought these things and started to turn, glowing green cracks appeared along the altar, radiating power such as she had never before witnessed. Avashta stared in awe as the altar rose from the dusty stone and drew itself apart, like a puzzle box unraveling, to reveal a swirling morass of emerald mist at its heart.

She heard again the same call that had drawn her to this place, only now she could make out the words.

“Welcome, Daughter of Destiny,” the voice said. “Your journey has only just begun.”

You know how I’ve been talking about being a full-time writer and game designer these days, stringing projects together, living the dream? Well, this is one of those projects, and it is well worth a look!

Seeds of Wars was inspired by classic realms management games like the Civilization series or the classic Birthright setting (the creator, Nicolas Nayaert, is a BIG fan).

Thousands of years ago, the people known as the Vareene waged a brutal war against a galactic infestation known only as the Congregation. These humanoid aliens buried their last hope–a powerful artifact called the Catalyst–on the distant, primitive planet of Ceres, where the Congregation would never think to look for it, and hid their final outpost behind a shield that blocked detection and sensors. Cut off from their homeworld as the last teleportation gates were closed, the small enclave waited for the war to run its course, when they would return to a wounded but surviving Vareene Empire.

Alas, such was not fated to pass. The Vareene died out, leaving the small outpost on Ceres as their last legacy. The survivors integrated with the native peoples of the planet, giving rise to powerful bloodlines linked to the ancient technology of the Vareene, which eventually became known as magic. Over centuries and then millennia, the Vareene ceased to be as a distinct culture, and in time their origins and purpose became the stuff of myth and legend. The truth was forgotten, but the power of the Vareene lingered in those descended from those original extraterrestrial visitors, including the key to unlocking the mythical Catalyst–which the folk of Ceres will need if their civilization is to survive. 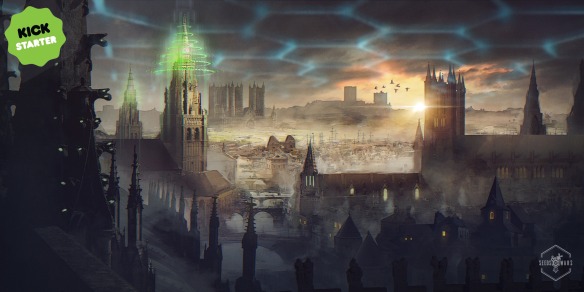 The world of Ceres has many of the same tropes, stories, and other bits that you will find in other SFF stories and settings. There are elves and dwarves and humans, orcs and halflings and gnomes, and other fantastic species and peoples. (We prefer the term “ancestry” to “race.”) None of these peoples are the direct descendants of the Vareene–it’s not like elves are THE oldest and best culture on Ceres (though it depends on what elf you ask, some consider themselves almost entirely Vareene). Their heritage exists in all sorts of people, from the toughest human to the cleverest elf to the cruelest orc to the stoutest hearted halfling. No ability score is a requirement or mark of this legacy, nor is a class or background. Heirs of the Vareene come from all walks of life–from various ethnicities, ages, sexualities, and gender identities.

Whatever you want to play, you can be a Child of Destiny.

The heroes are assumed to descend from a Vareene bloodline, granting them both uncommon powers and a certain degree of deference in society. They are the children of history–the movers and shakers of Ceres and the destined protectors of the world.

(And if you want to play a ruler who doesn’t share this genetic heritage, that’s feasible too.)

The setting’s mythic story is a cyclical one: in every age, Ceres faces a rising doom that the heirs of the world must face and defeat. In the fantasy era, those with the genetic power of the Vareene discover buried secrets of their interstellar past and must overcome scouts from an unknown, alien threat–a small band of Congregation that has the power to destroy all of Ceres by itself. Centuries later in the “modern” age, our heroes face an impending invasion by unlocking the power that lies dormant within the planet and also reverse engineering the technology of the scouting unit. And finally, after Ceres has won its first battle against the Congregation, the heirs of the world must take to the stars to confront their destined foes.

Or, at least, that’s the overall plan. 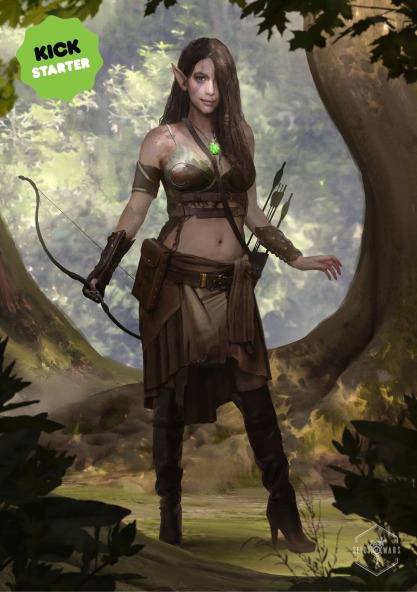 The initial Kickstarter aims to produce the first of three campaign arcs for the Seeds of Wars overarching setting. The setting goes from fantasy to modern to high science fiction, as the descendants of the Vareene finally rise to confront the Congregation. The players take the roles of powerful leaders of various backgrounds, be they martial or magical, religious or criminal or creative, who hold special prominence in the world and occupy a unique position allowing them to gather the power and resources necessary to face the coming threat.

Stretch goals unlock additional eras and what a truly unique aspect of Seeds of Wars: a realm management AP to be used on your devices. You can read more about that on the Kickstarter page itself, but essentially it gives you powerful electronic processing and record keeping for running an entire kingdom. You can play the game like a standard RPG or like the ruler of a kingdom, and make any balance between the two playstyles that you like.

You may have noticed that, aside from talking up the App (and seriously, go check it out!), I haven’t said much mechanically about this game. And that’s because the game is designed to be adaptable to any game system, be it D&D, Pathfinder, Shadow of the Demon Lord (my personal favorite), Red Aegis, Cypher, Hackmaster, Shadowrun, you name it, you can do it. Our goal here is to provide a compelling setting and story that pulls you in and gives you all the tools for a memorable, epic campaign.

You can alternate hack-and-slash dungeon crawling with courtly intrigue, then zoom out and control your kingdoms on the macro scale. Built your power, forge alliances, and work together to save your world.

There’s more to see and learn about the Seeds of Wars setting. Go check out the Kickstarter, and kick in some money to help make this happen!